Contemplating divorce is a serious decision, and it may be one that you or your spouse aren’t quite ready to make. However, often, when the question of divorce comes into play, there may be some aspects that need to be worked on in a marriage in order to make it work. For this reason, some couples choose to file legal separation in Missouri rather than divorce right off the bat.

What is Legal Separation in Missouri? 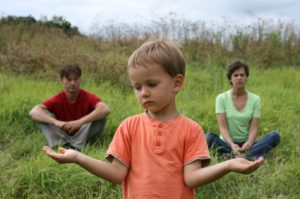 Legal separation or separate maintenance, as it’s referred to in Missouri, says that a Missouri court may enter an order that would legally separate the parties while retaining their legally-recognized marital status, according to FindLaw.com. Much like a divorce, a legal separation can provide for similar issues like:

There are many reasons that a couple may choose legal separation over divorce in Missouri. Insurance, children, or even religious reasons are some of the factors that come into play when a couple is headed towards divorce. Furthermore, a couple may decide to enter into a legal separation arrangement if they believe that their marriage can be reconciled. In fact, many couples who file for separate maintenance in Missouri will also attend counseling during their separation. Counseling and time apart may help to resolve their issues and keep their marriage together.

The Legal Separation Process in Missouri 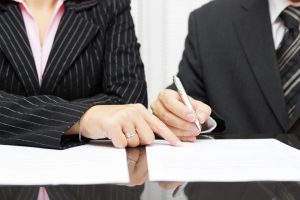 Missouri is a state that encourages legal separation as opposed to divorce. Because of this, the process is pretty straightforward and quick, especially when working with an experienced divorce attorney. While some couples may be able to file separate maintenance without the assistance of an attorney, if there are property, alimony, or child custody issues that must be sorted out, it is always in the best interest of both parties to consult with a Springfield divorce attorney first.

To file for legal separation, one or both parties need to file a petition to their circuit county court. Once the petition is filed, the court will enter a judgment of legal separation if it finds a reasonable likelihood that the marriage can be saved and that the marriage is not irretrievably broken. At this time, custody and visitation judgments will be passed along with considerations for alimony, child support, and property division.

Missouri Revised Statutes Section 452.310 states that the petition for separate maintenance must include the location and date of the marriage along with the date of physical separation. Additionally, it must include the names and ages of any children from the union as well as any agreements the couple has made regarding financial support and custody of the children.

Missouri doesn’t require a couple to prove grounds for wanting a legal separation. However, if one of the spouses refuses to grant the requested separation as filed by the petitioner, grounds will need to be proven to proceed with the separation. Just like a divorce, these grounds include:

As previously mentioned, a separate maintenance order can be dissolved if both parties reconcile their marriage. Conversely, a request for divorce may be filed within 90 days of the court issued legal separation in Missouri.

Before you take the plunge and file for divorce, you may want to consider legal separation first. More often than not, a legal separation doesn’t hurt either the petitioner or the respondent financially, and it may allow the marriage to be saved. Whether you decide to reconcile your marriage after separation or move forward to divorce, separate maintenance will allow both you and your spouse time to make the best decision for both of your futures. Contact Missouri Legal today to schedule your no-obligation consultation to discuss your options for the most effective outcome.