What is Missouri identity theft?

Missouri identity theft has been a problem for many years. Thieves could obtain personal information from others by stealing their mail or going through important documents that have been tossed aside. Now, we live in a world full of technology. Our identities are on digital mediums. It is a lot easier for bad individuals to steal identities than it was before. We do everything through the internet. This includes filing taxes, managing our bank accounts, and many other very personal things. Missouri identity theft is a crime of fraud. Missouri legal can assist you in protecting your personal information.

To say the least, identity theft in Missouri is easier than ever. It is not hard to notice the bad guys at work trying to steal data and identities every day. 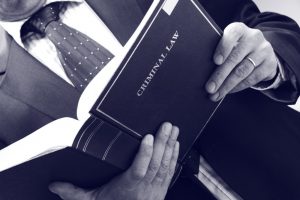 A quick peruse of the news will show the massive data breaches where many identities have been stolen. Almost everyone that lives has received a letter from some company stating that bad people may have taken your personal information. This can occur at banks, through loan services, or even accounts at large retail stores.

Findlaw discusses the differences between having tangible property stolen in comparison to property that contains personal identifying information. When thieves steal tangible property, like a wallet, car, or money, we are aware that something has been stolen. On the other hand, with identity theft we often do not know that anything has been stolen until we are notified by a third party, or we may see extra charges on our credit cards. It is important to be vigilant in protecting anything that can identify you personally.

Knowing how to take proper steps to protect yourself can keep you safe from those seeking to steal your identity. It is important to know what is considered to be losing your identity. Typically, having anyone of the following stolen will be identity theft in Missouri:

Really, it is anything that offers personal identifying information. The key is that the information relates directly to an individual’s personal life.

How common is identity theft?

For some reason people have nothing better to do than to steal other people’s personal information. Needless to say identify theft is very common in the United States. Thus, identity theft in Missouri is also very common. Many Americans fall prey to identify theft every year. It seems that this number will continue to increase as bad guys find other technological gaps to sneak in and steal personal information. 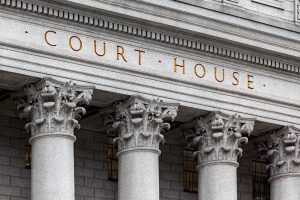 The number of people every year that are affected is shocking. Lifelock has said, “Nearly 60 million Americans have been affected by identity theft, according to a 2018 online survey by The Harris Poll. That same survey indicates nearly 15 million consumers experienced identity theft in 2017.” They also estimated that the amount stolen in 2017 was around $16.8 billion dollars. With the amount of money that can be obtained from illegally stealing personal information, it is an enticing avenue for many fraudulent individuals.

Being aware of these numbers should not create fear but awareness. This awareness can be translated into better kept safety routines and being cognizant of what you are clicking on in emails and the like.

When do identity theft cases become a federal issue?

Typically, identity theft cases are taken care of at the state level. However, there are situations that will make it a federal offense and the crime will make its way to federal court. The Identity Theft and Assumption Deterrence Act of 1998 officially made identity theft a federal criminal act. The act was a way to create a stronger more viable federal law that would address the increase in identity thefts. The act made changes to 18 U.S.C. § 1028. This section states the following about how a charge of identity theft falls under federal law:

knowingly transfer or use, without lawful authority, a means of identification of another person with the intent to commit, or to aid or abet, any unlawful activity that constitutes a violation of Federal law, or that constitutes a felony under any applicable State or local law.

Any time the acts of an individual violates a federal law or it is a felony under a state law, the federal government can step in and have jurisdiction over the case. This first federal act opened the door for numerous Acts to follow. The Acts that have followed concern identity theft as well as privacy law. Privacy laws and identity theft usually go hand in hand as laws are concerned. Penalties are often more serious if the individual is being charged under federal law.

What are the penalties for identity theft?

Penalties of identity theft in Missouri are laid out clearly under Mo. Rev. Stat. §570.223. It says:

First offense: up to 6 months in jail; second offense: up to 1 year in jail; third or subsequent offense: 1 to 5 years imprisonment; court may order restitution for costs to correct credit history and any costs of civil/administrative proceeding to satisfy debt, lien, judgment, or other obligation resulting from crime.

These are very serious penalties for the crime of identity theft in Missouri. Not only can jail times vary, but restitution for costs to correct credit history could be debilitating for a thief, depending on the amount that is stolen. The bad guy may have to pay enough money to correct the damages. On top of this, there can also be fines imposed for committing the crime.

If it is a civil lawsuit, the plaintiff may seek $5,000 damages for each time the person in question committed an identity theft. These individuals can be punished both criminally and civilly.

How can Missouri Legal help you?

If you have had or are having problems with identity theft in Missouri, our Springfield criminal defense attorneys can assist you in protecting your personal information. They have the knowledge and skills to understand your situation and fix the problems that you are facing. They cannot only help you during a personal information breach, but they can help you protect yourself prior to an attack. The advice that our criminal defense lawyers can give has been gained through years of experience and dedicated work.

For additional information or identity theft assistance Contact Us.