While Missouri has some of the most lenient gun laws in the United States, breaking what firearm and weapon laws that are currently in place can result in serious criminal charges. Living in a gun friendly state means that as citizens we need to arm ourselves with current firearm information to stay on the right side of the law. If your facing charges for unlawful possession of a firearm or unlawful discharge of a firearm, it’s vital that you discuss your case with a Missouri criminal defense attorney as soon as possible.

Below, you’ll find information regarding Missouri’s gun laws, along with the repercussions for breaking these laws.

As mentioned above, Missouri is one of the more lax states when it comes to gun laws. According to Guns To Carry in order to purchase a firearm in Missouri*, you must meet the following requirements: 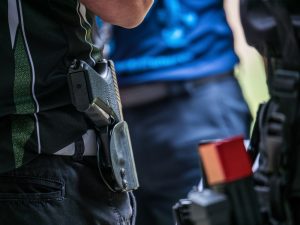 As of January 2017, residents of Missouri are no longer required to have a permit to carry a concealed firearm, as long as they meet the above requirements.

Unlawful use of weapons can be found 571.070 (Chapter 571) in the Missouri Revised Statute. The law states that a person is guilty of unlawful possession of a firearm in Missouri and will be charged with a Class C felony if he or she:

Each of these crimes is punishable by a prison term of no more than 7 years and a fine of $5000.

Under section 571.020, of the Missouri Revised Statute, a person is guilty of committing a Class C felony if he or she possesses, sells, repairs, manufacturers, or transports the following:

The following items are a violation of federal law: 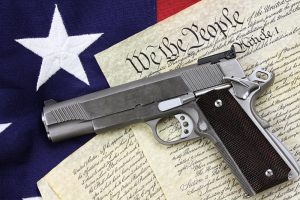 Under section 571.030 of the Missouri Revised Statute, a person is guilty of unlawful use of a weapon if he or she:

Unlawful use of firearms is considered a Class D felony and is punishable by up to 1 year in Jail or 4 years in prison with fines of no more than $5000.

If you are facing firearm offense charges in Missouri, you need to speak with an experienced criminal defense attorney at Missouri Legal. In addition to losing your gun ownership rights, being convicted of a unlawful firearm offense, will limit your chances of getting a home or car loan and finding adequate paying jobs. finding adequate employment. When you schedule a free consultation with us, we will work with you to provide the best possible outcome. We will advise you on how to proceed with your case, as well as defend your constitutional right to bear arms.