What is Animal Neglect in Missouri?

Missouri law states that animal neglect in Missouri occurs in the following situations:

To make this simple, the law has different ways of letting people know what a person has to be thinking in order to be guilty. For example, all the mental states for animal neglect in Missouri are that the individual understands, desires, and knows that they are causing harm to an animal or neglecting that animal.

Specific Factors that are Considered Neglect/Abuse

To make Missouri animal neglect clear, we will look at specific examples. Neglecting an animal in Missouri has to be done knowingly. This means that the individual knows that they are not properly caring for the animal and the animal is receiving substantial harm from those decisions.

Abuse can be shown differently than neglect, even though there may be some overlapping similarities. It truly is a broad category that includes everything from killing to just not caring about an animal. Being mean to an animal can fall under abusing an animal. Animal neglect in Missouri can also fall under the abuse category.

However, when most people think of the word abuse, they most often think of causing physical harm to the animal. Beating, hitting, or kicking an animal would definitely fall under animal abuse. Animal abuse is a crime that is punishable by law in the state of Missouri. There are many penalties that can follow a charge of animal abuse or neglect.

What are the penalties in Missouri?

Animal neglect in Missouri is a punishable crime. It is most often classified as a Class A misdemeanor. This could involve jail time of up to one year or a $2,000 fine, or both. Depending on the severity of the abuse and the factors involved in the case, the jail time and fines will vary greatly.

Misdemeanors are crimes that are less serious than a felony. The jail sentences and the fines will be less than a felony charge. A lot of states will classify misdemeanors. Usually a Class A misdemeanor, like the one above, is the most serious misdemeanor you can receive. When it comes to animal neglect in Missouri, it is a very serious crime.

Felonies are more serious charges than misdemeanors. They will involve bigger fines and jail times that will usually be over one year. When there is a felony charge involved, serious actions have been taken by the individual. It is not any different for animal Neglect in Missouri. When the individual does terrible things to an animal, there will be a larger fine and punishment. This is a different crime than not feeding an animal for a few days, and the punishment that can come from that will also be different.

Punishments will be different for animal abuse if the person has been found guilty of animal abuse before, or if they tortured the animal while it was alive. This will make the crime go from a Class A misdemeanor to a Class E felony. A Class E felony can cause an individual to be put in prison for up to four years. There can also be a fine that is up to $10,000. If an individual has problems abusing animals or intentionally mutilates a living animal, the punishments that will follow will be very harsh.

How Missouri Legal can help?

They can help in a number of ways concerning Animal Neglect in Missouri. They can not only help you if you are facing a charge, but can give you advice how to best understand and avoid an animal abuse situation. They have the knowledge and understanding of how to best help you. The experience that comes from their practice will allow you to have a solid case if you are seeking legal help in an animal abuse case. 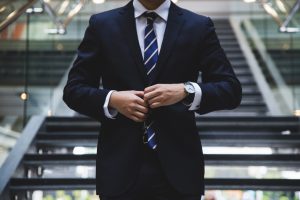 It is important to use experienced criminal defense attorneys, if you are charged with either a misdemeanor or jail time. You may be kept from serving jail time or even have to pay a smaller fine with their assistance. Having not only their knowledge of the law, but how the law is applied is very important. Law is interesting because sometimes the law is applied differently than what a law may actually say. Case law often defines what a law means. Having criminal defense attorneys that understand how the law is applied and how a charge needs to be talked about in court, can be all the difference.

Overall, it is important to seek experienced counsel if you are faced with a animal abuse charge or you are trying to sue someone for abusing an animal. Animal neglect in Missouri is a serious crime that can bring hefty penalties. As discussed above, first time animal abusers will most likely receive a misdemeanor, which is still a serious crime. Repeat abusers or those who do really bad things to an animal can receive a felony charge. The incarceration times for either crimes can be serious.

Making good choices about protecting and caring for animals can keep you from receiving a serious charge that could change your life. Knowing what the laws are concerning neglect in Missouri can help you avoid an animal cruelty charge.

For additional information concerning animal neglect in Missouri or if you need representation, Contact the criminal defense lawyers at Missouri Legal.