Missouri is one of the 41 states whose licensing agencies use and enforce the point system. What this means is that when a person is convicted of violating traffic laws (also known as a moving violation in Missouri), points will be added to their driver’s license. Each traffic violation has its own set amount of points, with more severe infractions garnering more points. Once a certain amount of points is added to a person’s license during a specified amount of time, additional consequences such as license suspension or revocation will occur.

If you have received a traffic citation for any reason and are concerned with the penalties and points being added to your license, you need to contact Missouri Legal today. Our attorneys are skilled at fighting traffic citations and can keep points off of your Missouri driving record. Call us to schedule your no-obligation consultation at your earliest convenience.

Continue reading for more information on which traffic violations will cause the most points, the penalties that occur once a certain number of points are accumulated and how these points will affect your driving record.

Missouri Traffic Tickets: Which Citations Give The Most Points 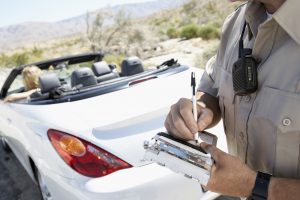 As you may have already guessed, more serious traffic violations such as causing an accident or being arrested for a DUI will land you more points than running a stop sign would. However, the current point system is set up in a way that if you were to receive three speeding tickets in Missouri within a certain period of time, you would face the same type of license suspension as someone would have received one DUI conviction. You can find a full list of traffic violation descriptions and points here. In the meantime, here are some of the most common traffic infractions and how many Missouri license points they are worth:

The Penalties For Missouri License Points

A couple of points on your driver’s license by themselves won’t do too much damage. Even though that is the case, if for whatever reason you accumulate points in a set amount of time, your license will be immediately suspended or revoked depending on the number of points and the time in which you received said points. The Missouri Department of Revenue breaks down the penalties for Missouri license points as follows:

If you accumulate a total of 4 points in 12 months, the Department of Revenue will send you a point accumulation advisory letter.

If you accumulate a total of 8 or more points in 18 months, the Department of Revenue will suspend your driving privilege.

The Department of Revenue will revoke your driving privilege for one year if you accumulate:

If you are unsure of how many points are currently on your license, you can call the interactive voice response system at (573) 526-2407. The office is open 24-hours a day, seven days a week. 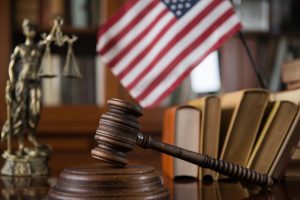 Apart from getting points that will suspend your license, which can hinder your ability to drive to work and school, points on your license can also keep you from getting specific jobs. Additionally, when you get Missouri license points, your insurance premiums will go up, and some insurance providers may even drop your coverage entirely. Because of this, it is critical to hire an attorney in Missouri to keep costs down and in some cases, to keep your current job. If you have points on your driver’s license, it can take over three years to get back to zero. Missouri Department of Revenue outlines the following for removing points from your Missouri driving record:

When your driving privilege is reinstated following a Point Suspension or Revocation, the Department of Revenue reduces your total points to 4.

Every year you drive without getting new points on your record, the points will be reduced.

The department goes on to state that while your points may be reduced to zero, certain types of convictions will remain listed permanently on your Missouri driving record. These usually include criminal convictions such as DUI, DWI, vehicular manslaughter, etc.

If you or a loved one has received a traffic citation, don’t pay it! By paying your ticket, you are admitting guilt to the crime. Once you have “admitted guilt,” points will be added to your license. The only way to avoid this is to fight the ticket you were given. Contact Missouri Legal today to fight your ticket and avoid Missouri license points.