While each of the crimes below varies in degrees of penalties, it should be noted that even first-time offenders in Missouri can face a year or even more behind bars. A person will also face a slew of court fees and fines in addition to a criminal conviction on their permanent record. 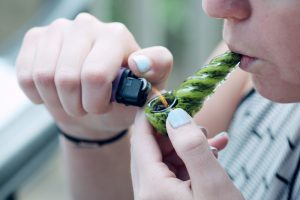 To completely understand the complex drug laws in Missouri, it’s vital to understand what acts constitute as a violation of these laws, as they are set by Missouri for drug possession, distribution, and manufacturing. As you’ll see below, the degree of these terms can change depending on where the drug is distributed, how old a person is and on the type of drug that is “possessed” or “distributed” or “manufactured”, with the largest variation of penalties happening with crimes that deal with marijuana or synthetic cannabinoids.

According to Section 579.015 of Missouri Revised Statutes, the following summarized version of the law displays what is considered the illegal act of possessing a controlled substance(drug possession):

Depending on how old the person is (whether or not he or she is a minor) and where the controlled substance is “distributed” will impact the penalty of the criminal act in terms of a felony or misdemeanor. The following is a summarized version of the current laws and penalties for drug distribution in Missouri.

A person commits the unlawful act of delivery or distribution of a controlled substance if he or she:

You can find more information about the laws pertaining to drug distribution in a protected area and drug parapheniala delivery in Missouri, here. 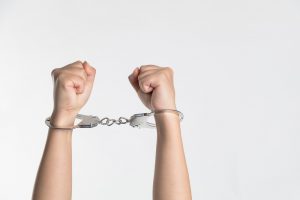 Section 579.055 of Missouri Revised Statutes, states that a person is in violation of the laws surrounding the act of controlled substance manufacturing (drug manufacturing) in Missouri if he or she commits the following:

In addition to these charges, it is also illegal in Missouri to knowingly possess the materials used to manufacture some controlled substance, as well as manufacturing drug paraphernalia.

The above information is a summary of the drug laws, as stated by the Missouri Revised Statutes. This information is a basic outline of what to a person can expect if they have been charged with any of the above crimes and in no way should be used in lieu of legal advice. Missouri is a state with very little “wiggle room” when it comes to drug charges-unless you have a competent criminal defense attorney by your side. If you are facing criminal charges for drug possession, distribution, and/or manufacturing in Missouri, you need to contact the law firm of Missouri Legal immediately. We will provide you with experienced legal counsel in order to aggressively fight against the charges you are facing. Even if you are a first time offender, you need to take these charges seriously. A drug conviction on your record can affect every aspect of your life from being able to own a car or home, get a loan or land the job of your dreams. If you already are in a professionally licensed career, a conviction in Missouri for felony drug possession, distribution, or manufacturing can strip you of your license for life.

Contact us today to schedule a no-obligation consultation, where we can discuss the specific factors of your case and work together to create a solid defense in order to fight the allegations against you.